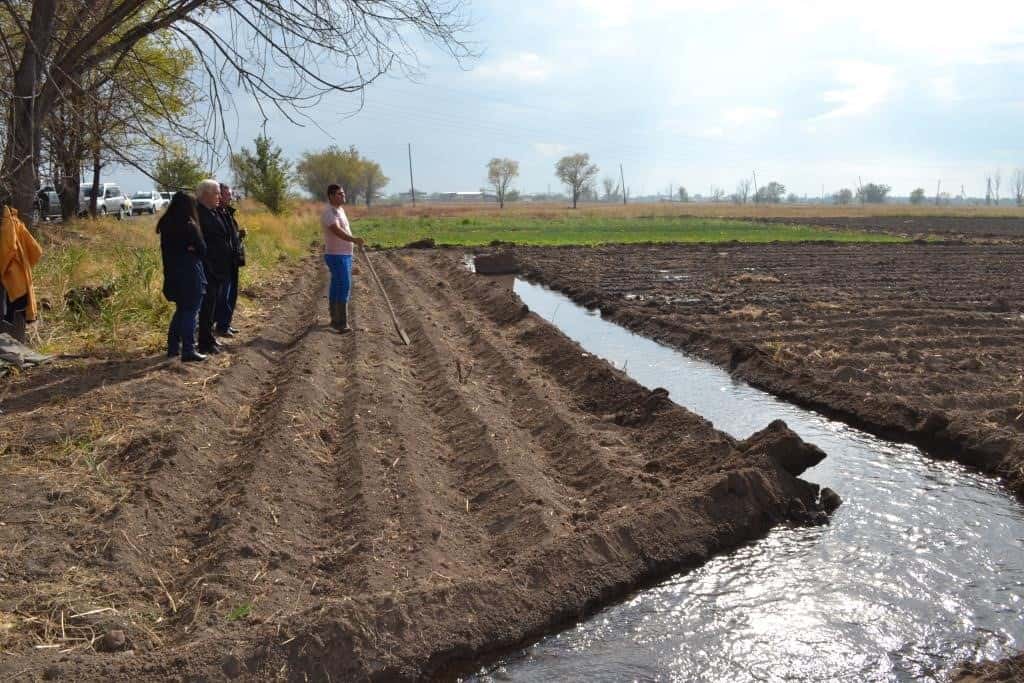 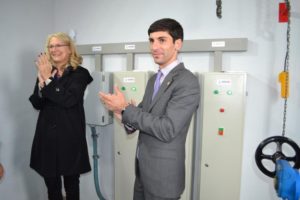 The completion of a project to re-use water from fish farms for irrigation in Armenia’s Ararat Valley was celebrated Oct. 22, 2018, at the project pumping station’s official opening. USAID/Armenia Mission Director Deborah Grieser, the Governor of Ararat province Garik Sargsyan, and residents of the Sayat-Nova community attended the event.

“Water scarcity has a huge negative impact on food production in the region. The residents of Sayat-Nova should feel proud. They are the second community to put in place this method of irrigation using water from a nearby fishery, and the first community that has applied this method for large-scale irrigation,” Grieser said. “Due to this effort, the water use by the fishery will be more efficient, and the community will not require additional water be pumped from the ground to irrigate their fields, thus saving electricity and helping to reduce soil degradation.”

Following the pumping station’s official opening, the USAID Mission Director, the Governor of Ararat, and guests walked through the fields to meet with the land owners and to see the new irrigation system in use. Today, 252 people from 98 households will benefit from an opportunity to irrigate more than 100 hectares of farmlands left idle for the last 15 years. The new irrigation system has a potential for expansion to cover up to 190 hectares of community land, benefiting 2,400 local residents.

In 2017, USAID’s Advanced Science and Partnerships for Integrated Resource Development (ASPIRED) project signed a partnership agreement with the Fund for Armenian Relief, the Partnerships for Rural Prosperity project (funded by USAID and implemented by the Small and Medium Entrepreneurship Development National Center of Armenia), and the community of Sayat-Nova to implement the community’s irrigation improvement project. Coca-Cola Hellenic Armenia also participated in the public-private partnership.

USAID studies show depletion of water in the Ararat Valley threatens the sustainability of Armenia’s strategic groundwater resources. Due to the overexploitation of the valley’s groundwater reserves, more than 30 communities in the region are experiencing a shortage of drinking and irrigation water. Lack of irrigation water hurts farmers, negatively impacting the socio-economic situation of the rural communities and leading to migration of the population from rural communities. 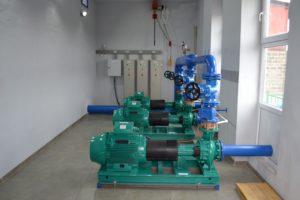 The project will enable farmers to cultivate 60 hectares of farmlands left arid for the last 15 years.

The new system provides more affordable irrigation services and more efficient groundwater use to irrigate 60 hectares of community land by reusing the outlet water from the Masis Dzuk fishery near Sayat-Nova rather than dumping it into the wastewater network. Through the public-private partnership between the community and Masis Dzuk, a new pumping station was built at the outlet section of the fishery and a new irrigation network was installed with durable polyethylene pipes.

Laboratory analysis of the water’s quality proved that the outlet water from the fish farm can be safely used to irrigate crops. In partnership with the Center for Agribusiness and Rural Development (CARD) Foundation, USAID also trained local beneficiaries on sustainable farming practices to ensure lasting results.

Sayat-Nova is the second community in the Ararat Valley after Hayanist where USAID, with the help of its partners, has implemented a project highlighting the secondary use of fish farm water as an alternative and environmentally sustainable solution. This approach can be effectively replicated by other communities in the region to address the valley’s shortage of irrigation water.

ME&A implements the ASPIRED project for the USAID Mission in Armenia. Begun in September 2015, ASPIRED is designed to support sustainable water resource management and sustainable practices of water users at the core of the water-energy nexus through the use of science, technology, innovation and partnerships approaches. The goal is to reduce the rate of groundwater extraction in Armenia’s Ararat Valley to sustainable levels. ASPIRED is a task order under the USAID Water and Development Indefinite Delivery Indefinite Quantity Contract.