The eight maps ME&A is submitting were developed under the USAID-funded Monitoring, Evaluation and Learning Project in El Salvador for inclusion in this year’s conference. GIS Specialist Ricky Perez developed them in San Salvador for the USAID El Salvador Mission. The eight maps include two on biodiversity assessment; three on the nation’s homicide rate, which is  one of the highest in the world; and three on the number of Salvadoran returnees from Mexico for the years 2016 and 2018.

The Esri International User Conference is the world’s largest event dedicated to GIS technology. More than 19,000 GIS enthusiasts and professionals are expected to attend this year’s conference whose theme is “GIS–The Intelligent Nervous System.” An ME&A team also participated in the annual conference in 2018. 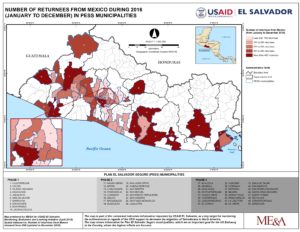 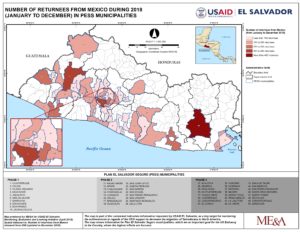 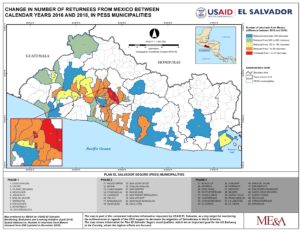 Returnees from Mexico: Difference Between 2016 and 2018 (Please click on image to view expandable high resolution version) 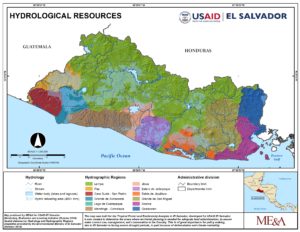 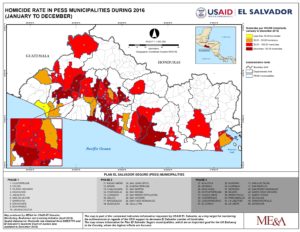 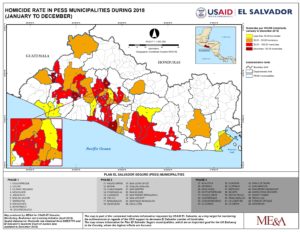 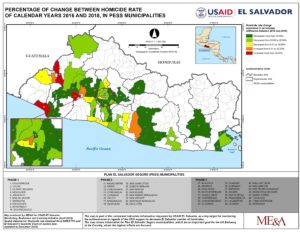 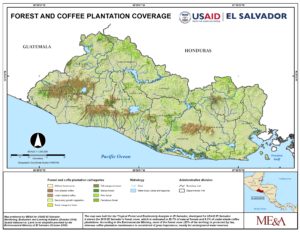