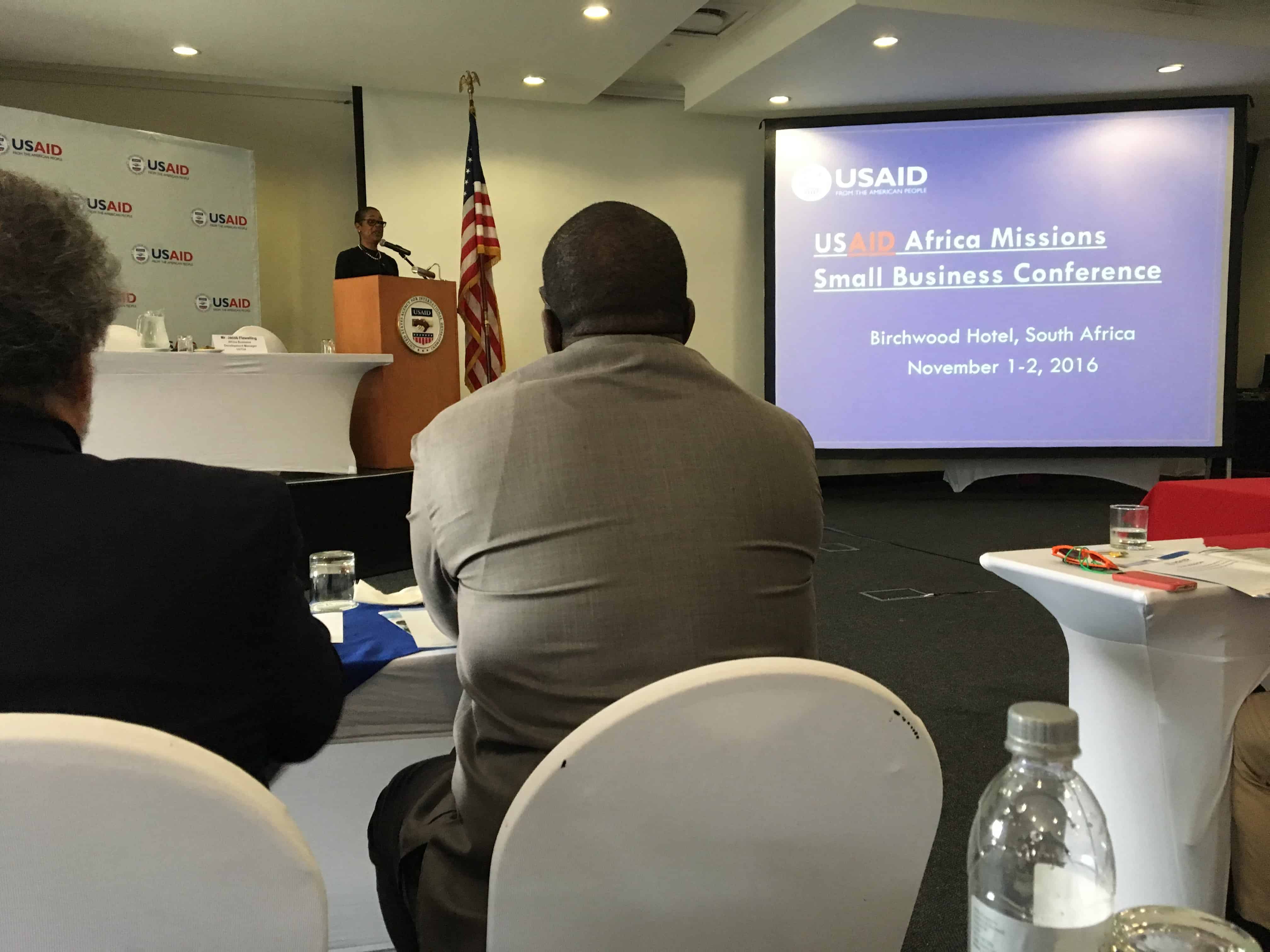 ME&A’s Senior Program Advisor, Loren Schulze, represented ME&A at the USAID Africa Missions Small Business Conference organized by the USAID Office of Small and Disadvantaged Business Utilization (OSDBU) held in Boksburg, South Africa on the 1st and 2nd of November 2016. The purpose of the conference was to provide small businesses with the opportunity to learn more about working with USAID, in general, and USAID Missions in the Bureau for Africa, in particular. The conference also provided for ample networking among firms represented at the conference.

Opening remarks were made by Mr. Mauricio Vera, the Director of USAID/OSDBU followed by a video welcome by the USAID Administrator, Gayle Smith. Administrator Smith congratulated the conference participants on the importance of the Agency’s first ever Bureau Small Business Conference and wished the participants success. Ms. Oren Whyche-Shaw, the USAID Deputy Assistant Administrator/Trade Africa Coordinator for the USAID Bureau for Africa actively participated in the opening as well as in other parts of the conference program. The Acting Mission Director for USAID/Southern Africa, Alonzo Wind extended a local welcome to the participants.

The conference focused on the major USAID programs in Africa, such as Power Africa, health, agriculture and agribusiness, Feed the Future, and monitoring and evaluation. USAID and implementers involved in these programs presented the progress and challenges of the various USAID programs.

The USAID/Africa Contracting Officer Conference coincided with the OSDBU conference in South Africa. The conference concluded with networking opportunities for the small businesses with the 19 USAID/Africa Contracting Officers; representatives of other USG organizations with development programs in Africa, such as the US Department of State, the Millennium Challenge Corporation, and the US Department of Commerce. Various US large businesses active in Africa also were present and interacted with the small business representatives.