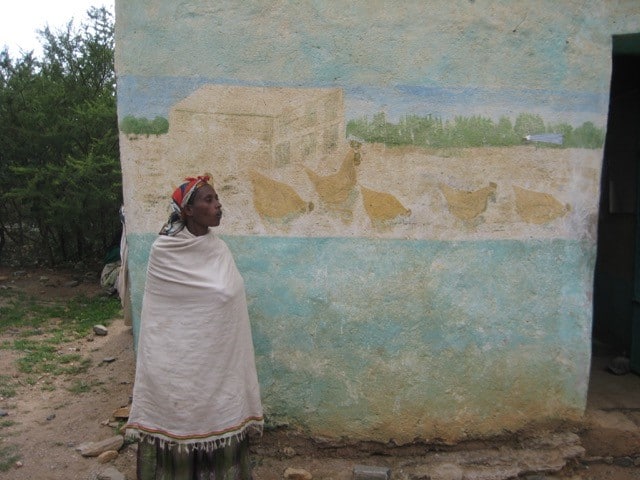 ME&A’s Evaluation and Learning (EVELYN) Mechanism, awarded by USAID’s Office of Food for Peace (FFP), recently completed large-scale population-based surveys (PBSs) of thousands of households in areas served by FFP projects in the Oromia, Amhara, and Tigray regions of Ethiopia. The surveys were conducted as four FFP projects came to an end and four new projects got underway.

The goal of the FFP projects is to improve the food security and nutrition of poor, rural households, and to enhance their resilience to shocks and stresses such as drought or conflict. The indicators derived from EVELYN’s household surveys include various measures of the effects of extreme poverty. They are based on household consumption, the nutrition of pregnant and lactating mothers, access to safe drinking water and prevalence of diarrhea, stunting and wasting of infants and children under the age of five, and utilization of productivity-enhancing farm and garden practices promoted by the projects, among others.

The household questionnaire developed by FFP consists of 11 modules and gathers quantitative data on 38 FFP indicators including, in Ethiopia, five resilience indicators. The questionnaire was administered to approximately 8,400 households in villages where the previous FFP projects were implemented and/or the DFSAs would be implemented.

EVELYN’s report on the end-line survey included comparative analysis of how household wellbeing in areas served by the ending projects had fared on the FFP indicators since a baseline survey was conducted four years earlier. A baseline study was also produced for the new project areas, based on FFP indicators collected through the household survey, supplemented by extensive field interviews and group discussions to help implementers understand the context framing household well-being in those areas. These reports will be submitted to FFP in early 2018.

ME&A currently implements the $20 million EVELYN contract with FFP to conduct PBSs, performance evaluations, post-project evaluations, impact evaluations, process evaluations and thematic studies designed to help FFP improve future programming. In all, EVELYN will be conducting surveys and evaluations covering 25 of FFP’s projects during a two-year period. ME&A’s subcontractors include ICF International, NORC at the University of Chicago, Abt Associates, and TANGO International.