Self-Awareness, Globalization, and Compassion for Others

Self-Awareness, Globalization, and Compassion for Others

According to Charles Darwin, we are cousins of chimpanzees and more distant cousins of fish. We humans are the product of hundreds of millions of years of evolution. Every animal, plant, fungus, and bacterium and every one of the seven plus billion people around the world contain genes that make us good at surviving and a potential ancestor to future generations.

According to Richard Dawkins in Outgrowing God: A Beginner’s Guide (2019), natural selection was staring all those clever Greeks and those brilliant mathematicians and philosophers before Darwin in the face. But none of them had the intellectual courage to defy what seemed obvious. The intellectual courage of Darwin, Galileo Galilei, and Alfred Wegener should inspire us to go further in the future.

Yuval Noah Harari in his 21 Lessons (2019) states: “In a world deluged by irrelevant information, clarity is power!” Any search for the meaning of self, which seeks to gain our allegiance will be tested, above all, in its capability to deal with the twin revolutions in infotech and biotech. By 2050 not only the idea of a job for life but even that of a profession for life, might seem antediluvian. In order to cope with the unprecedented technological and economic disruptions of the 21st Century, we need to develop new social and economic models as soon as possible. Homo sapiens are just not built for satisfaction – human happiness depends less on objective conditions and more on our own expectations.

Once Artificial Intelligence (AI) reaches more optimal decisions than we do about careers and perhaps even relationships, our concept of humanity and life will have to change. In reality there is no reason to assume that AI will obtain consciousness since intelligence and consciousness are different things.

Although humankind is far from constituting a harmonious community, we are all members of a single, rowdy global civilization. It is especially important for those of us in international development to recognize and embrace the fact that patriotism isn’t about hating foreigners; it is about taking care of our compatriots. And in the 21st Century in order to take good care of our compatriots, we must collaborate with newcomers – so accommodating nationalists should now become open and accepting globalists. Although globalization has greatly reduced cultural differences across the planet, it has simultaneously made it far easier for us to encounter strangers and become upset by their idiosyncrasies. 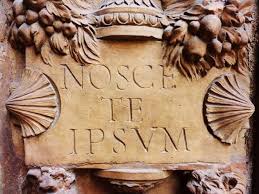 The ethical code accepted by millions of Muslims, Christians, Hindus, and atheists enshrines the values of truth, compassion, equality, freedom, courage, and responsibility and forms the foundation of modern scientific and democratic institutions. We cannot search for the truth and for the way out of suffering without the freedom to think, investigate, and experiment. Our education should have taught us to distinguish truth from belief, to develop compassion for our suffering sisters and brothers, to appreciate the wisdom and experiences of the earth’s denizens, to think freely without fearing the unknown, and to take responsibility for our actions as well as for the world as a whole. If we believe in a quest for truth by fallible humans, admitting blunders and “false truths” is part of the game. We can then study our “serendipitous observations”!

In a world in which everything is interconnected, the supreme moral imperative becomes the imperative to know – knowledge. One of the greatest fictions is to deny the complexity of the world and to think in absolute terms. In thinking about the future of AI, Karl Marx is still a better guide than Steven Spielberg. We have really never been able to predict the future with accuracy, and much of what we learn today will be irrelevant in 2050.

The objective of our learning activities should become developing the “four Cs”: critical thinking, communicating, collaborating, and creating – the general-purpose life skills. We can no longer be sure of specifics; change itself is the only certainty.

Technology can help us, but as technology gets better at understanding us, we might increasingly find ourselves serving technology rather than technology serving us. As biotechnology and e-learning improve, it will become easier for them to manipulate our deepest emotions and desires. It might become more dangerous than ever to just follow our hearts. This is the message of my 10th serendipitous conclusion – we must begin to learn to know ourselves!

As international development professionals we must learn how to observe human cultures in a methodical and objective manner, free from preconceptions and prejudices. In 1750 Benjamin Franklin, observed: “There are three things extremely hard, steel, a diamond, and to know one’s self.”

From gaining the deep respect of team members to consistently delivering measurable business results, effective leadership consists of a myriad of characteristics, strategies, and capabilities. But one trait proves universal in leaders of all kinds: self-awareness. In our careers we must be committed to the moral obligation that we have to care about others in order to create a more optimal world. By becoming more self-aware and subsequently recognizing our strengths, weaknesses, and hidden biases, we gain the trust of our team members while increasing our own credibility. Additionally, creating a culture of self-awareness advances learning and development by promoting the value of continuous growth and development.

If we want to know ourselves, first we need to observe and study ourselves with a deliberate curiosity to learn – not only the who we are but also the why. Having this depth of knowledge will help us identify the person we truthfully are, and in turn, instruct us on the things we need to do in order to become the person we aspire to be. This sounds obvious, but it’s harder than we might think.

Intelligent leaders recognize that effective leadership is a skillful, authentic role performance. It’s about being consistent in word and deed, having the same fundamental character in different roles, and being comfortable with our past. Understanding what shaped us can help us interact with other people without the barriers that lead to disengagement. Authentic leadership is inherently a developmental process; it’s about becoming “the person we are created to be.”