The Rise of Authoritarianism: Crescendo or Inflection Point 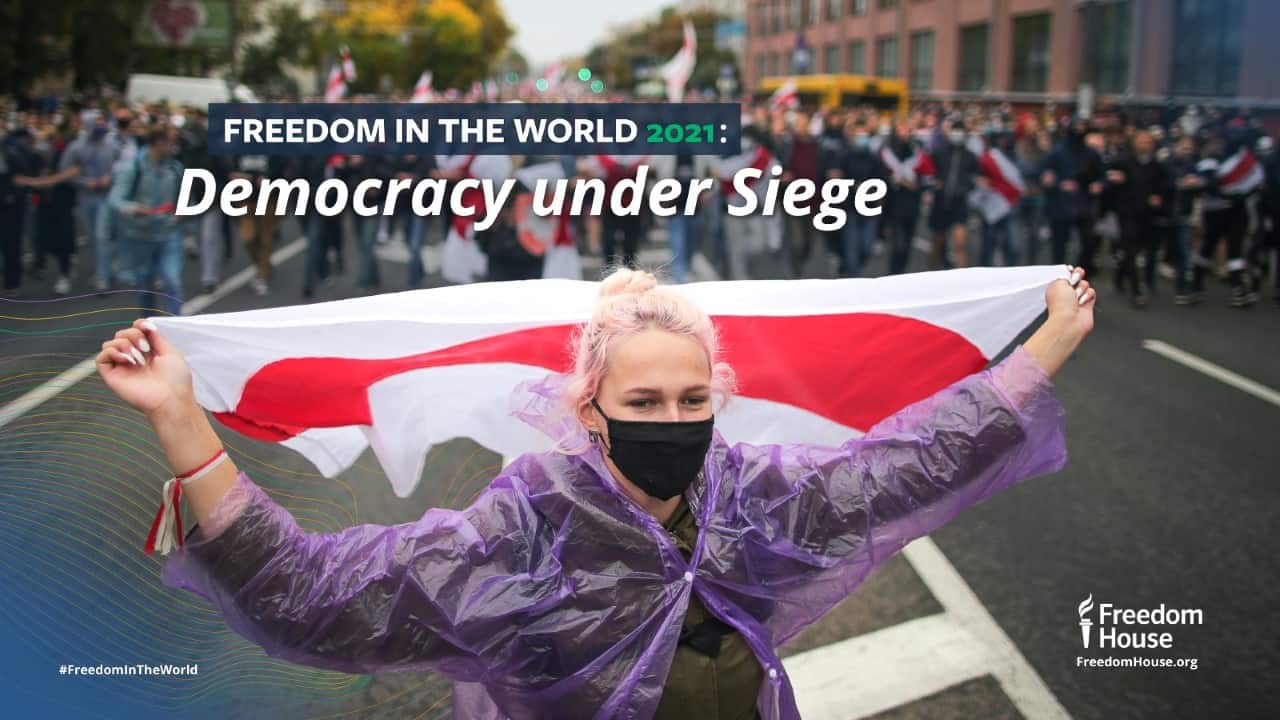 The Rise of Authoritarianism: Crescendo or Inflection Point

The rise of authoritarianism around the globe is becoming abundantly clear. Freedom House recently reported that over the past 15 years political rights and civil liberties in 195 countries have eroded and reached new lows in 2020. Freedom House classifies 54 countries as Not Free, representing 38 percent of the world’s population – the highest level since 2006. So, I ask: are we witnessing a crescendo of authoritarianism or an inflection point? These two terms emanate from different sources – music and geometry. But they can be and are applied to both political and economic trends.

Is authoritarianism reaching a crescendo? Is the concern and commentary following the trends ever louder today? I believe that is the case and for good reason. Warning signals are coming not only from Freedom House. The U.S. Global Leadership Council recently listed defending against rising authoritarianism as one of six global challenges facing the United States. Recent actions by bad actors, such as China and Russia, both authoritarian regimes, are increasingly bolder. They have intruded in the elections of democratic governments, such as Russia’s meddling in recent U.S. and European elections. Then there is China’s heavy-handed treatment of Hong Kong and increasing threats to Taiwan while conducting aggressive naval maneuvers in the South China Sea and imprisoning Uighur minorities in western China.

We are also witnessing an increase of democratic governments backsliding into populism or worse, such as Hungary, Poland, Turkey, and Georgia; the military takeover in Myanmar; and the Maduro dictatorship holding strong in Venezuela. Pulitzer Prize-winning author Ann Applebaum in her latest book, “Twilight of Democracy: The Seductive Lure of Authoritarianism,” posits that bad actors are using new media technology (social media in particular) – once hailed by some as a boon to democracy – to disseminate disinformation for illiberal democratic ends. A recent issue of Foreign Affairs magazine featured an article by Yascha Mounk of Johns Hopkins University, “Democracy on the Defense—Turning Back the Authoritarian Tide,” which calls for bold action to meet this challenge. Further, it appears that the COVID-19 epidemic is serving as a tool and “cover” for some leaders to increase their executive powers, a point made by both authors.

In my own lifetime, things began much clearer. Fascism was soundly defeated in World War II with the collapse of authoritarian regimes in Germany, Japan, and Italy. Communism was still clearly alive at that time in the Soviet Union, then the bastion of far-left authoritarianism. However, communism, which combined autocracy with a state-owned, centrally planned economy, has since morphed into what would appear more like fascism – keeping the authoritarian political form while adopting a market-like economy, such as current structures in China, Russia, and Vietnam that offer heavy-handed government involvement or direction. Former fascist states, such as Germany, Italy and Japan, formed strong democracies after WWII, as did Eastern European allies of the Soviet Union in the 1990s after the fall of the Berlin Wall. Since then, however, some of these new democratic states, such as Hungary and Poland, and more recently Georgia, are backsliding significantly by adapting strong measures to restrict personal freedoms and human rights.

What to do with this “Mulligans’ Stew?” Clearly, we need to fight authoritarianism in its multiple manifestations, regardless of the labels. Strong measures need to be taken to counter the threats on the democracy of other nations by bad actors, who are using political subterfuge, economic sanctions, and incentives to press other countries to adopt their ways of governing as well as alliances and bad deals not in their best interests. The U.S. and its democratic allies need to counter these trends through a combination of unilateral, regional, and worldwide diplomacy by strengthening our support and involvement in multilateral organizations, such as the United Nations, and regional organizations (e.g., Interamerican Development Bank) while re-engaging in international treaties, such as the Southeast Asia Trade Partnership. The United States must add funding to reinvigorate traditional diplomacy at the State Department and prioritize public diplomacy through an expanded U.S. Global Media Agency and enhanced Voice of America. It is not only a better “Three D” (Defense, Diplomacy, and Development) balanced foreign policy approach that is needed. In fact, the more fundamental battle for the minds of humanity is at stake if we are to win the struggle against authoritarianism.

This approach must include a more robust, well-funded, and comprehensive, yet targeted program of development aid though the U.S. Agency for International Development and other donor agencies. These efforts act to counter diverse threats, such as those posed by Chinese investment in the Silk Road and other bilateral loans to developing countries that have draconian payback clauses.

So crescendo, yes. Definitely. But, yes, indeed, we are also at a critical inflection point. As applied to politics, an infection point is a neutral term; it can reflect a dramatic turn for the better or the worse. To that end, the liberal democracies must commit themselves to bold action to see that this is an inflection point for the better. The time is now. Do we have that commitment?