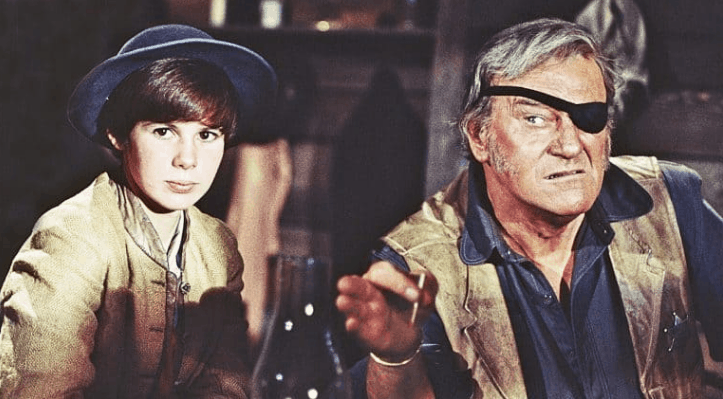 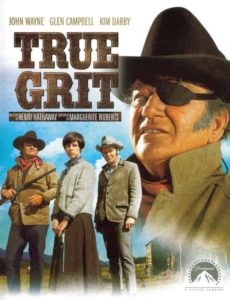 In the Western “True Grit” (1969), John Wayne, in the role of a drunken, hard-nosed U.S. marshal, helps a stubborn teenager track down her father’s murderer in Indian territory. The teenage girl, Mattie Ross, recruits tough old marshal “Rooster” Cogburn because he has “grit” and a reputation for getting the job done.

What is true “grit”?  To have grit means to have courage and to show the strength of our character. When understanding character education and how character is built, one of the key words that should be used is grit. A person with true grit has passion and perseverance. Goals are set and followed through. A person who works really hard to follow through on commitments has true grit.  Unfortunately, it is not a word we hear very often.

Margaret M. Perlis outlines what she calls the “5 Characteristics of Grit – How Many Do You Have?” in Forbes:

University of Pennsylvania  psychology professor Angela Duckworth, an expert in non-I.Q. competencies, in “Grit: The Power of Passion and Perseverance,” shows parents, educators, athletes, students, and business people that the secret to outstanding achievement is not talent but a focused persistence called “grit.” Why do some people succeed and others fail? She explains why talent is hardly a guarantor of success. In fact, other factors can be even more crucial, such as identifying our passions and following through on our commitments. What really drives success is not “genius” but a special blend of passion and long-term perseverance. Finally, she shares what she’s learned from interviewing dozens of high achievers – from JP Morgan CEO, Jamie Dimon to Seattle Seahawks Coach Pete Carroll.

Gritty teams collectively have the same traits that gritty individuals do: a desire to work hard, learn, and improve; resilience in the face of setbacks; and a strong sense of priorities and purpose.  If gritty individuals and teams are to thrive, companies need to develop cultures that, in turn, make them macrocosms of their optimal teams and people.

Companies also benefit from making their goal hierarchies explicit.  If a company declares that it has multiple missions but can’t prioritize them, it will have difficulty reaching effective strategic choices.

To attract coworkers, build teams, and develop an organizational culture that all have grit, leaders should personify passion and perseverance – providing a visible, authoritative role model for every other person in the company.  And in their personal interactions, they too must be both demanding – keeping standards high – and supportive.

Duckworth concludes that grit is far from the only – or even the most important – aspect of our character.  In fact, she claims, in studies of how people size up others, morality trumps all other aspects of character in importance.  We take notice if our fellow coworkers seem lazy, but we are especially offended if they seem to lack qualities like honesty, integrity, and trustworthiness.

To become “gritty” is to keep putting one foot in front of the other, to hold fast to an interesting and purposeful goal, and to invest day after day in challenging practice. To become gritty is to fall down seven times and rise up eight.