Resurrecting the Peace Corps – ME&A
This past July, my thoughts returned frequently to an event held 59 years ago at the Morris Inn on Notre Dame University’s campus. It was July 20th to be exact and gathered for the first time was the most impressive group with whom I have ever been associated. We were guests at a banquet sponsored by Father “Ted” Hesburgh, the University’s president. These 50 individuals from 23 different states were among the first Americans to volunteer for President Kennedy’s newly named “Peace Corps.”
22876
post-template-default,single,single-post,postid-22876,single-format-standard,bridge-core-3.0.1,qode-page-transition-enabled,ajax_fade,page_not_loaded,,qode_grid_1300,side_area_uncovered_from_content,footer_responsive_adv,hide_top_bar_on_mobile_header,qode-child-theme-ver-1.0.0,qode-theme-ver-28.7,qode-theme-bridge,disabled_footer_bottom,qode_header_in_grid,wpb-js-composer js-comp-ver-6.10.0,vc_responsive 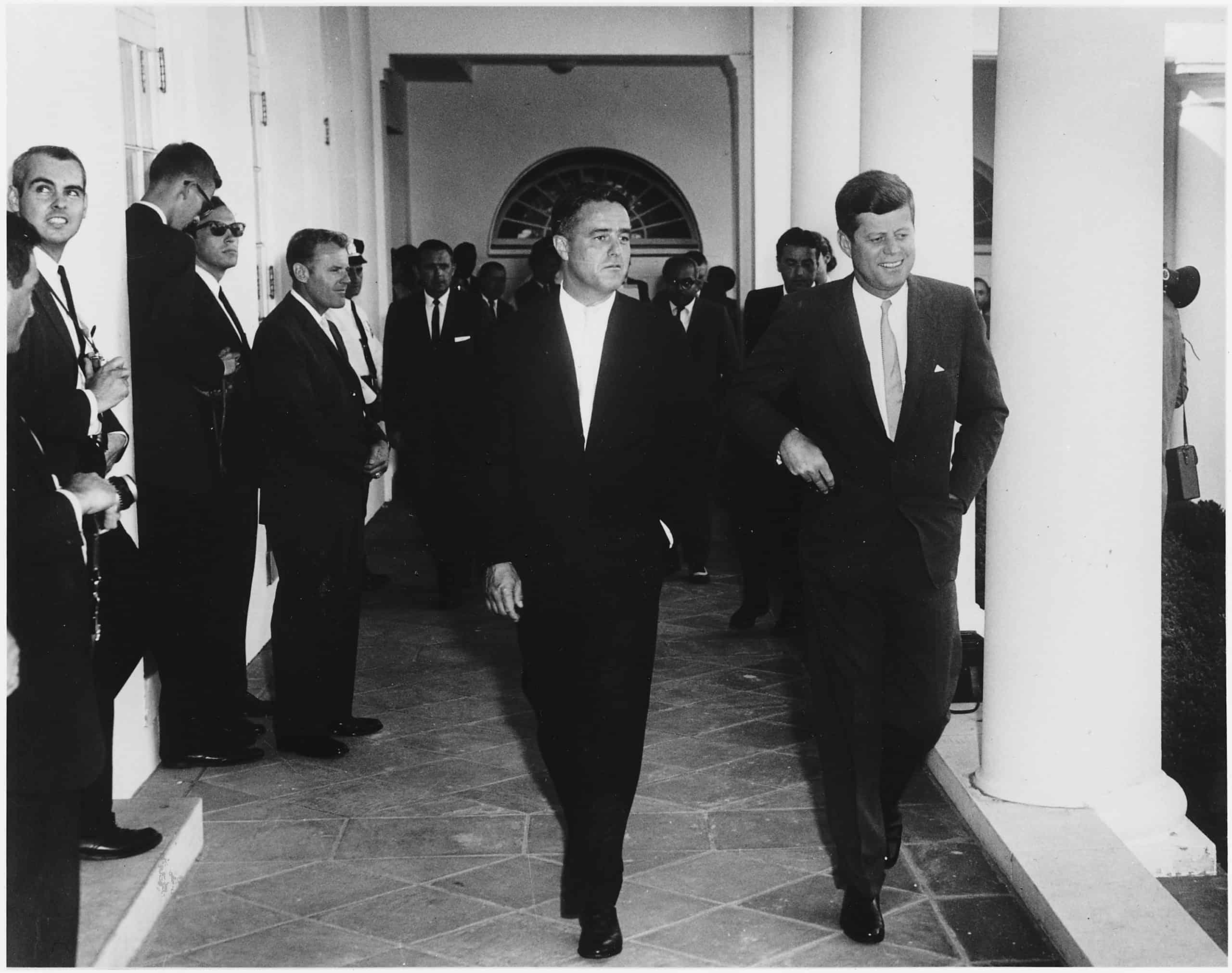 Editor’s note: This post is in memory of former ME&A Chief of Party Martin T. “Marty” Ronan, who served with Tom Scanlon in “Peace Corps 1,” the first class of Peace Corps after President John F. Kennedy created the Peace Corps in 1961.

This past July, my thoughts returned frequently to an event held 59 years ago at the Morris Inn on Notre Dame University’s campus. It was July 20th to be exact and gathered for the first time was the most impressive group with whom I have ever been associated. We were guests at a banquet sponsored by Father “Ted” Hesburgh, the University’s president. These 50 individuals from 23 different states were among the first Americans to volunteer for President Kennedy’s newly named “Peace Corps.”

Father Ted had arranged with Sargent Shriver to have Notre Dame sponsor the first Peace Corps group to go to Chile making us among the first 100 volunteers ever to go into service. Two days later we began training at Notre Dame, two full months before the Peace Corps was even authorized by Congress.

The atmosphere at that banquet was full of excitement and almost no trepidation even though no one was certain what Peace Corps service would be like and despite the fact that there were opponents voicing negative views of the program, calling it a “kiddie corps,” a “cult of escapism” and a “haven for draft dodgers.”

Fast forward 59 years, more than 235,000 idealistic Americans have given two years of their lives (some more) in over 141 countries, in support of the Peace Corps’ three goals:

There is ample evidence to show that the Peace Corps has been successful in achieving these goals and its volunteers represent an irreplaceable asset to our country, even contributing, as many say, to our nation’s national security. The problem is that the Peace Corps is now in need of being resurrected.

In March, the Director of the Peace Corps, Jody Olsen, was forced to make the difficult but necessary decision to recall 7,334 volunteers in 61 countries back to the United States due to the COVID-19 pandemic. The Peace Corps’ administrative structure is still in place as are the in-country offices and staff. Some recruiting efforts are still happening though no one knows when it will be safe for volunteers to go back into service. All of this continues, without the essence of the Peace Corps – the volunteers in the field.

Looming over this sad scenario was a House measure introduced in the last session of Congress to terminate the Peace Corps. It gathered 110 votes. The Peace Corps still has many friends on the Hill, but that could change with the next composition of the Congress.

I searched the internet for the best voices on the importance of the Peace Corps to our country and found many. Below, I am happy to share a few quotes related to the Peace Corps’ goals.

Meeting the needs of developing countries for trained “manpower”

From the Comprehensive Agency Assessment released June 22, 2010 by the Peace Corps: “The fact that requests for Volunteers still far exceed the Peace Corps’ capacity to place them within its budget is a clear and convincing measure of the Peace Corps’ importance to many nations and its impact around the world. Peace Corps Volunteers are America’s best and most cost effective grassroots development workers, magnifying the impact of government and donor investments at the community level and ensuring that efforts funded by others are community-owned and sustained. Peace Corps Volunteers are America’s best ambassadors, building relationships with strategic partner countries from the ground up in communities across the globe.”

In August 2017, Bren Flanigan, a volunteer in Benin, wrote in The Washington Post: “There is no such thing as a cultural “ambassador” who can represent the melting pot of the United States, but Peace Corps volunteers are frequently interpreted as direct extensions of American values and principles. That gives the Peace Corps an unrivaled position to promote a positive perception of our country and learn from the citizens of others.”

In 2018, journalist Mishelle Shepard saw the impact of the Peace Corps on American’s understanding of others revealed in the literature created by former volunteers and by the number of former volunteers serving international organizations: “… A 2001 Washington Post reported that the Peace Corps community is “churning out enough works — thousands of memoirs, novels, and books of poetry — to warrant a whole new genre: Peace Corps Literature.” It is reported that about a third of the employees at USAID, several hundred staff members on Capitol Hill, and numerous college professors, presidents, administrators, and media professionals along with thousands of other successful and influential professionals working in the U.S. and abroad right now were former members. In fact, 220,000 former members are now inspiring around 7,000 more to join up every year.”

My greatest hope is that we can keep the Peace Corps alive – a program that many consider to be John F. Kennedy’s greatest legacy. I intend to do whatever I can to help achieve that.

Thomas J. Scanlon is the founder and president of Benchmarks Inc. (BMI), a boutique firm specializing in international trade, non-profit management, and advocacy. Before founding Benchmarks, he served as the Executive Assistant to the Assistant Administrator of USAID’s Bureau for Latin America and as one of the first Peace Corps volunteers. Peace Corps Director Sargent Shriver used a general letter Mr. Scanlon wrote to his friends to open the Agency’s first budget presentation to the Congress.